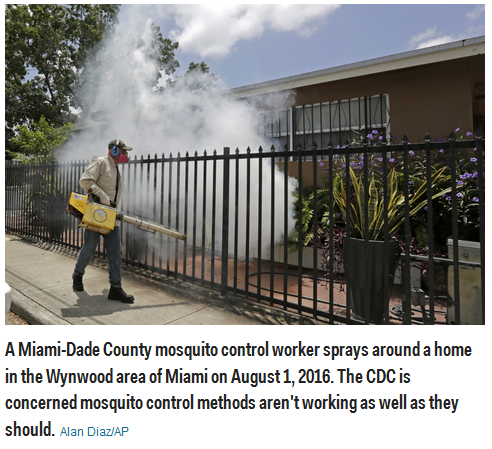 The Zika virus has finally made its way to the US mainland, and the virus is now spreading locally in Miami. That means people are getting the virus from American mosquitoes, not just ones that have bitten them while they’re abroad.

The Centers for Disease Control and Prevention (CDC) has even warned pregnant women not to travel to the Miami neighborhood where local cases have been detected.

That may sound scary, but it’s not a surprise. Experts expected that the virus would start circulating in Florida.

The question now is: How far will Zika spread across the US?

The most likely answer is that it will spread through southern Gulf states where the mosquitoes that spread the virus are most active.

But the extent of the spread cannot be predicted precisely. It depends on how well public health officials can contain this first outbreak to Miami, and keep imported travel cases from turning into more outbreaks, says David Pigott, a global health expert at the University of Washington.

“Never say never, but [a local outbreak is] a lot less likely to happen in New York or Washington, D.C. given our current knowledge than it is in Houston, or some cities across Louisiana, or other places in Florida,” he said. “In terms of comparative risk, it’s the southern states that are going to be the places where you’re most likely to see it.”

The current state of Zika in the US

Officials have identified 14 people in Miami so far who caught Zika from local mosquitoes, and over 1,600 people across the country who got the virus traveling to infected areas like Brazil. Zika has spread quickly through Puerto Rico, where it’s infected a reported 4,600 people since it appeared there in November 2015.

Only one in five people show symptoms, making Zika a particularly hard virus to track. It also only debuted in the Americas last year, so there’s a lot we still don’t know about the virus. The US Centers for Disease Control and Prevention only concluded that Zika was causing the birth defect microcephaly in April 2016.

The virus is spread by the Aedes aegypti mosquito, which thrives in tropical areas and bites during the day. The Aedes albopictus mosquito can likely spread the disease, too, but that hasn’t been observed in the Americas yet.

[from an article published by BUSINESS INSIDER]