Food stamps vs. work, and other current stories…

Food stamps, Yes. Work, No. . . . The Great Recession ended more than 1,900 days ago, and the national unemployment rate is 5.9 percent — but many able-bodied adults in 42 states nevertheless continue to collect long-term food-stamp benefits without working, volunteering, or training for a job. Unless a state has extraordinarily high unemployment or a dearth of jobs, able-bodied adults who are younger than 50 and without a dependent must spend 20 hours a week productively if they wish to continue drawing food-stamp benefits longer than three months — or so says a policy enacted as part of the 1996 welfare reforms.

But Congress temporarily suspended this work requirement during the Great Recession, and the number of able-bodied, childless beneficiaries on the welfare rolls ballooned, accounting for more than one in ten of all recipients of the Supplemental Nutrition Assistance Program (SNAP). Today, 28 states continue to waive the work requirement altogether, despite an average unemployment rate of 6.72. An additional 13 states have waived the work requirement in some parts of their states, despite an average unemployment rate of just 4.58.
Civil rights leader: Amnesty will hurt blacks . . . A top civil rights advocate is warning President Obama that extending executive amnesty to millions of illegal aliens will deeply harm black workers. Peter Kirsanow, as U.S. Civil Rights Commissioner, says in an Oct. 27 letter to Obama and the Congressional Black Caucus that U.S. Citizenship and Immigration Services’ recently revealed preparations for a huge ID “surge” upped his alarm over what the president has planned.
Top reporter: Obama White House “dangerous” . . .  USA Today Washington Bureau Chief Susan Page called the current White House not only “more restrictive” but also “more dangerous” to the press than any other in history, a clear reference to the Obama administration’s leak investigations and its naming of Fox News’s James Rosen as a possible “co-conspirator” in a violation of the Espionage Act.
Dems fret debilitating losses . . . The political environment continues to deteriorate for House Democrats ahead of a midterm election that’s certain to diminish their ranks. Obama’s unpopularity hindering their candidates and Republican cash flooding into races across the country, Democrats are increasingly worried that the election will push them deep into the minority and diminish their hopes of winning back the majority in 2016 or beyond.

​GOP riding anti-tax wave . . . They call it “crushing the middle class” or “the big squeeze” or just plain “irresponsible.” Regardless of the description they use, Republican candidates for governor in some of the Democratic Party’s most dependable strongholds are finding receptive audiences of voters fed up with too many taxes.

NORM ‘n’ AL Note: Remember, if they’re not requiring ID’s, vote twice, just to be sure.

Voter fraud is real . . .  Investigators find that about one-quarter of the non-citizens who participated in a survey were registered to vote. Studying survey responses, investigators judge that non-citizen voters tend to favor Democratic candidates by large margins. In many states, their participation wouldn’t be large enough to make a difference, but in North Carolina in 2008, investigators calculate, non-citizens may well have tipped the state into Obama’s column.

Cop killer was deported – twice . . . A man charged with killing two sheriff’s deputies and wounding two other people in a bloody chase through Northern California was twice deported from the United States but appeared to have been living here quietly for a decade, authorities said.

Republicans vow to fight anti-speech regs . . . Republicans on the Federal Election Commission are vowing to fight regulations on online political advocacy that they say would chill free speech and potentially lead to politicized targeting of Internet writers and video-makers. The commission’s chairman is warning that such regulations would allow the federal government to impose onerous new regulations on websites such as the Drudge Report or White House Dossier.

School handout portrays Founders as racist . . . The mother of an eight-year-old wants to know why a Tennessee school teacher gave her child a handout from the Nation of Islam that portrayed the presidents on Mount Rushmore as being racists. The handout then explains that George Washington hailed from Virginia, a “prime breeder of black people.” Of Theodore Roosevelt, it was alleged he called Africans “ape-like.” There were also disparaging remarks made of Thomas Jefferson (that he enslaved 200 Africans) and Abraham Lincoln.

NORM ‘n’ AL Note:  The only way to be sure your tax dollars are being wisely spent by your school district is to be actively involved in your child’s education. Today your child’s teachers can get away with telling kids almost anything.

NORM ‘n’ AL Note:  Is this what you want your children to learn in school? Is this how you are raising them at home, to have no respect for the country they live in, or the flag that many, many thousands of brave Americans have bled and died to defend? These public school officials in California must hear from you! The court which allowed this violation of the US Constitution must also hear from you! Would you allow someone in your town to force you to take down your US flag because they think you are being “disrespectful”?  “The land of the free and the home of the brave” is becoming stupid and oppressive. Oppression can be fixed; unfortunately, stupid cannot.

A public school has banned students from displaying the American flag.

That’s absurd and an affront to the Constitution itself.

It overturns generations of free speech law that we’ve fought to protect.

Patriotic free speech must be protected. The flag should be cherished and respected, not banned.

If we don’t act now, this assault on free speech will continue nationwide. On 9/11, a South Carolina school banned flags from campus. This can’t stand.

We’re fighting back, preparing to file a critical amicus brief at the U.S. Supreme Court.

Our message is simple: banning the flag violates students’ free speech. This ban violates the Constitution.

Join us at the Supreme Court. Defend the American flag.

NORM ‘n’ AL Note:  THIS IS NOT YOUR GRANDFATHER’S U.S.A. ANYMORE, FOLKS.  IT IS TIME FOR YOU TO WRITE A LETTER TO YOUR ELECTED SENATORS AND REPS AND DEMAND (D-E-M-A-N-D) THAT THEY SUPPORT THE CONSTITUTION. BETTER YET, WRITE THE LETTER AND THEN CALL TO MAKE SURE THEY RECEIVED IT. (BE SURE TO SEND THEM A COPY OF THIS BLOG POST ALSO.) NOW PLEASE SEE BELOW. 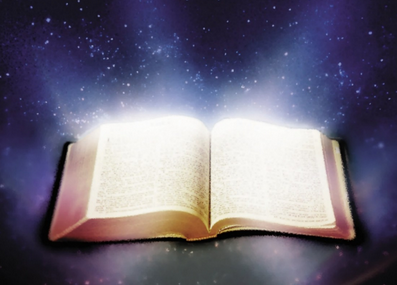 If the Obama Administration’s IRS targeting of conservative groups wasn’t bizarre and draconian enough, the IRS is now planning to target, and far worse, monitor, churches.

The new IRS targeting program has been instituted at the behest of the angry atheist group Freedom From Religion Foundation (FFRF).

The IRS caved in before to the same FFRF that has tried, and notoriously failed, to strip “In God We Trust” from our currency, tear down World War II memorials, ban the National Day of Prayer, attack the Star of David in a Holocaust memorial, and even deny that Moses is depicted in the Supreme Court.

FFRF filed a lawsuit against the IRS in 2012 demanding that the Obama Administration delve deep into preaching from the pulpit to ensure that pastors, priests, and parishioners don’t say anything within the four walls of a church that could be construed as political.

Instead of refusing to impose a draconian monitoring program into the free speech of churches, the IRS caved, settling the case and agreeing with the angry atheist group that churches should be targets of federal IRS monitoring.  The worst part? The IRS is keeping the details of its settlement, agreeing to target churches, a secret.

As Fox News reported, this deal with the IRS not only violates the First Amendment but could lead to the IRS literally monitoring sermons on Sunday morning and challenging churches’ tax-exempt status if they take a religious position on issues such as abortion.

FFRF responded that these concerns are nothing more than the “hysterical disinformation machine that is Fox News Network.”

Nothing could be further from the truth.  This is a real and direct threat to the religious freedom and free speech of churches.

Churches have a constitutionally protected right to discuss issues of faith, even ones that might be considered political.  They do not loose their right to free speech just because they are churches.

In fact, the Supreme Court has made this very clear: “Indeed, in Anglo-American history, at least, government suppression of speech has so commonly been directed precisely at religious speech that a free-speech clause without religion would be Hamlet without the prince.”

The Supreme Court could not have been more clear when it held:

Adherents of particular faiths and individual churches frequently take strong positions on public issues, including . . . vigorous advocacy of legal or constitutional positions. Of course, churches, as much as secular bodies and private citizens, have that right.

An intentional, targeted campaign to monitor churches would violate the Constitution.  The constitutional protection outlined in the “Establishment and Free Exercise Clauses has prevented the kind of involvement that would tip the balance toward government control of churches or governmental restraint on religious practice.”  That is precisely what IRS monitoring of churches would bring about.

Targeting churches at the behest of religious opponents, angry atheists, is an abhorrent abuse of government power.

One can only image how a Lois Lerner, the former senior IRS official at the center of the IRS targeting scandal who called conservatives “a**holes,” “TeRrorists” (capitalizing the “R” to emphasize the point), and “crazies,” would implement the targeting of churches and which churches she would choose to monitor.

It MUST NOT STAND.