What we know — and think we know — about the late, great housing bubble…

We are constantly learning new stuff about the housing bubble — and some of the new stuff contradicts the old. This is obviously important, because the bubble led to the 2008-2009 financial crisis and Great Recession. What we don’t understand may one day come back to bite us.

There’s a standard and widely shared explanation of what caused the bubble. The villains were greed, dishonesty and (at times) criminality, the story goes. Wall Street, through a maze of mortgage brokers and securitizations, channeled too much money into home buying and building. Credit standards fell. Loan applications often overstated incomes or lacked proper documentation of creditworthiness (so-called no-doc loans).

The poor were the main victims of this campaign. Scholars who studied the geography of mortgage lending found loans skewed toward low-income neighborhoods. Subprime borrowers were plied with too much debt. All this fattened the revenue of Wall Street firms or Fannie Mae and Freddie Mac, the government-sponsored housing finance enterprises. When home prices reached unsustainable levels, the bubble did what bubbles do. It burst.

Now comes a study that rejects or qualifies much of this received wisdom. Conducted by economists Manuel Adelino of Duke University, Antoinette Schoar of the Massachusetts Institute of Technology and Felipe Severino of Dartmouth College, the study — recently published by the National Bureau of Economic Research — reached three central conclusions.

First, mortgage lending wasn’t aimed mainly at the poor. Earlier research studied lending by Zip codes and found sharp growth in poorer neighborhoods. Borrowers were assumed to reflect the average characteristics of residents in these neighborhoods. But the new study examined the actual borrowers and found this wasn’t true. They were much richer than average residents. In 2002, home buyers in these poor neighborhoods had average incomes of $63,000, double the neighborhoods’ average of $31,000. 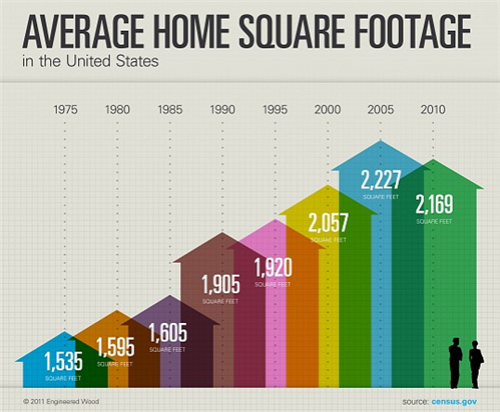 Third, the bulk of mortgage lending and losses — measured by dollar volume — occurred among middle-class and high-income borrowers. In 2006, the wealthiest 40 percent of borrowers represented 55 percent of new loans and nearly 60 percent of delinquencies (defined as payments at least 90 days overdue) in the next three years.

If these findings hold up to scrutiny by other scholars, they alter our picture of the housing bubble. Specifically, they question the notion that the main engine of the bubble was the abusive peddling of mortgages to the uninformed poor. In 2006, the poorest 30 percent of borrowers accounted for only 17 percent of new mortgage debt. This seems too small to explain the financial crisis that actually happened.

It is not that shoddy, misleading and fraudulent merchandising didn’t occur. It did. But it wasn’t confined to the poor and was caused, at least in part, by a larger delusion that was the bubble’s root source.

During the housing boom, there was a widespread belief that home prices could go in only one direction: up. If this were so, the risks of borrowing and lending against housing were negligible. Home buyers could enjoy spacious new digs as their wealth grew. Lenders were protected. The collateral would always be worth more tomorrow than today. Borrowers who couldn’t make their payments could refinance on better terms or sell.

This mind-set fanned the demand for ever bigger homes, creating a permissive mortgage market that — for some — crossed the line into unethical or illegal behavior. Countless mistakes followed. One example: The Washington Post recently reported that, in the early 2000s, many middle-class black families took out huge mortgages, sometimes of $1 million, to buy homes now worth much less. These are upper-middle-class households, not the poor.

It’s tempting to blame misfortune on someone else’s greed or dishonesty. If Wall Street’s bad behavior was the only problem, the cure would be stricter regulatory policing that would catch dangerous characters and practices before they do too much damage. This seems to be the view of the public and many “experts.”

But the matter is harder if the deeper cause was bubble psychology. It arose from years of economic expansion, beginning in the 1980s, that lulled people into faith in a placid future. They imagined what they wanted: perpetual prosperity. After the brutal Great Recession, this won’t soon repeat itself. But are we now forever insulated from bubble psychology? Extremely doubtful.

[by Robert J. Samuelson, writing for The Washington Post]